The heavens declare the glory of God 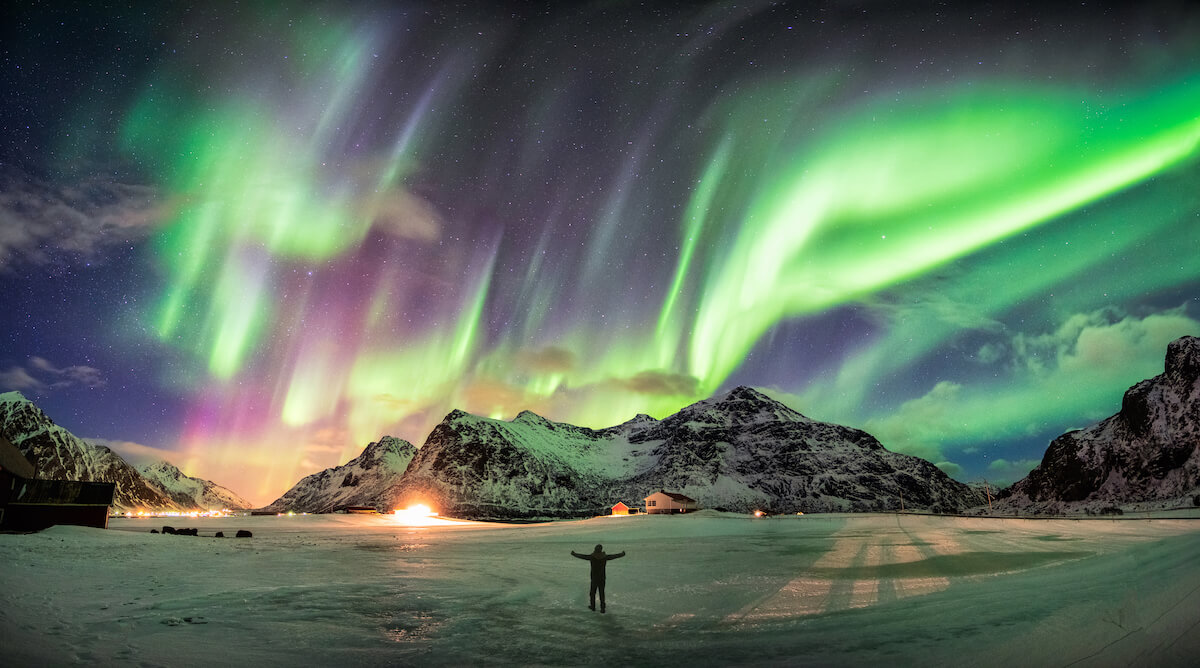 From the very first moment I heard about this heavenly display referred to as an ‘Aurora’ every atom within has compelled me to seek it out, even if it is only found in the world’s most inhospitable regions. For now, I have only ever seen this quiet grandeur through images others have had the privilege of capturing through their own chronicled quests…

I imagine it looks like a cascading array of fire falling from the sky, setting alight the atmosphere which God, the Master Creator, with His astonishing brilliance has fashionably frescoed the backdrop, with the galaxies and cosmos in an indescribable exhibit of abounding greatness.

King David, proclaimed – “The heavens declare the glory of God, and the sky above proclaims His handiwork. Day to day pours out speech, and night to night reveals knowledge.” (Psalm 19:1-2)

Scientifically, an aurora is described as an astronomical phenomenon! Which only appears high in the sky in the northern hemisphere in the middle of the night and the dead of winter, in remote areas. An aurora borealis (literally “northern dawn”), is characterised by a display of a natural-coloured (green, red, yellow or white) illumination in the sky. It is a light show which is caused when electrically-charged particles from the sun collide with particles from gases such as oxygen and nitrogen present in the Earth’s atmosphere. Humans have seen and made stories about the lights since prehistoric times and, more recently, conducted scientific studies on them. Auroral specialists have suggested that in the Bible’s Old Testament book of Ezekiel’s opening verse; (1:4) – depicts imagery inspired by a low latitude auroral display. Aurora Borealis is derived from the Greek words “Aurora” meaning “sunrise” and “Boreas” meaning “wind”.

Ezekiel 1:4 New King James Version
Then I looked, and behold, a whirlwind was coming out of the north, a great cloud with raging fire engulfing itself; and brightness was all around it and radiating out of its midst like the colour of amber, out of the midst of the fire.

My mind fails to perceive the extent of Gods beauty that engulfs humanity. From the aurora to the trillions of stars trailing the night sky. The Magi discovering the Bethlehem star, the birth of Yeshua, … December is one of the most significant celebrations in the Christian calendar. Christmas or more accurately; Mass of Christ (or Jesus).

Sadly this season of festivities, marking the greatest gift to mankind has been watered down! The Christmas tree for example, a pagan token wrapped in sparkly bulbs mockingly  reminding us of the aurora lights in a minuscule way holds up something with far greater value, than all the trinkets in the world. On-top of the tree, shimmering with life – behold, the symbolic Star of Bethlehem, or Christmas Star, appears only in the nativity story of the Gospel of Matthew where “wise men from the East” (Magi) are inspired by the star to travel to Jerusalem. … The star leads them to Jesus.

The earth holds so many wonderful gifts that God has placed on different continents for us to seek and find –  like an aurora, tucked away in a remote and secret setting only to bewilder us with its magnificent presence or the Bethlehem star which has been described by scholars as a supernova, a miraculous sign of the birth of Jesus, appearing after a remarkable sequence of astronomical events leading to the massing of three planets. We were offered a glimpse of this phenomenon in December 2020. Until now, this star was last seen when Jesus was born. Surely, an extravagant gift from God, for us to marvel at.

But the biggest gift of all was sending Jesus Christ to live amongst man. So that we can have a relationship with the One who called us by name before our existence was even a whisper in the wind or a speck of dust in any given sunset. Truly – we are loved by an infinite Father. Who longs for us to find him in our secret place. Where there are no sparkly lights or sounds of misplaced Christmas carols, but simply our spirit worshiping the King of Kings.

Isaiah 9:6
For unto us a Child is born, Unto us a Son is given; And the government will be upon His shoulder. And His name will be called Wonderful, Counsellor, Mighty God, Everlasting Father, Prince of Peace.

It took me a full 3 seconds... END_OF_DOCUMENT_TOKEN_TO_BE_REPLACED

I finally finished the last chapter. I... END_OF_DOCUMENT_TOKEN_TO_BE_REPLACED

For the past two years, this story... END_OF_DOCUMENT_TOKEN_TO_BE_REPLACED

“My life is a testimony, that God... END_OF_DOCUMENT_TOKEN_TO_BE_REPLACED